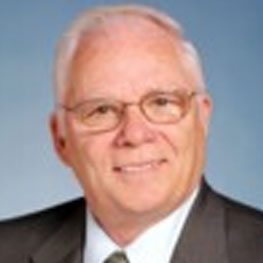 Bill was born in Manhattan, NY, in 1935 and he spent his early childhood years in Plainfield, NJ. Bill’s Mother was an Army Nurse. She went to war in 1941 and Bill remained in Plainfield with his grandmother until 1946. During this period, he spent a year in Chestertown, NY with an uncle. There he learned to snow ski. Bill continues to be an avid skier.  In 1946, after the war, Bill’s family relocated to Memphis, TN. Bill attended Christian Brothers college until age 16 when he left home for Chicago. In Chicago Bill held various sales positions. He married at age 17 and fathered four children, 2 daughters and 2 sons. He also had 5 grandchildren.

Bill obtained a real estate license in 1969 and began selling houses. He was successful in this endeavor, but soon felt that he needed to increase the level of his real estate knowledge in order to surpass the competition. He took the GRI designation courses and several MAI appraisal courses. Bill enrolled in the CCIM program and received that designation in 1974. He was a co-founder and charter member of the Illinois chapter of Certified Commercial Investment Members (CCIM’s) of the Realtors National Marketing Institute. In 1975, Bill was the winner of NAR’s Snyder Trophy, which he was awarded for a transaction involving nine (9) principals and 27 properties.

During his real estate career, Bill met several members of the Society of Exchange Counselors (S.E.C.) at marketing meetings in the Midwest. He met Roy Moore in 1973 in Bloomington, IL, at a course Roy was teaching, which was also attended by Harry Kennerk. Harry invited Bill to his first S.E.C. meeting in 1978. In 1980, he was initiated into membership in the Society. That same year Bill formed a company called Investment Counselors, Inc. He was owner and President of that real estate brokerage firm for eleven years.

In 1986 Bill took over as Secretary/Treasurer of the S.E.C.. Rita Schumacher was working for Bill at that time, and undertook the role of Administrative Secretary for the organization.   Bill relocated to Nevada in 1988, when he joined First August Financial Co., in Incline Village, NV, as Vice President and CEO. Over the course of his career, Bill has been interviewed by nationally syndicated magazines. The resulting articles have appeared in Medical Economics Magazine, the Chicago Tribune, and the Herald newspapers. He was featured on a 30-minute NBC television program as well.

In 1992 Bill created a comprehensive computer program, which was used nationwide to create multiple exchanges. Bill had conceived the idea for the program in the early 1980’s, but it was not until the early 90’s that the technology became available to achieve this concept.  During 1994, Bill developed Package Maker, a software program for preparation of back-up packages.