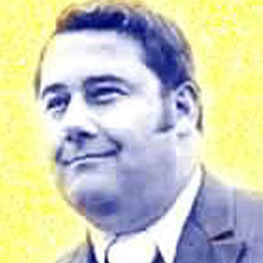 Cliff Weaver was known as an innovative individual who gave many seminars and classes throughout the United States. Born in Wisconsin, he graduated from the Harvard School, a military school in North Hollywood, California. He then graduated from the University of California at Berkeley.

Weaver authored the “Weaver’s World” articles where his thoughts and suggestions centered on money-making methods. The common thread of his ideas always included detailed planning and hard work. He saw no quick magic to success. “If folks have real estate problems of an acute nature, I’m called in to solve the problem,” he said. “This type of work is fun and the benefits are great.”

Weaver helped produce and moderate the first National Marketing Session delivered by the National Institute of Real Estate Brokers, an early organization of commercial specialists in addition to teaching throughout the nation in the 1970’s.

Other notable accomplishments of Cliff Weaver are:

Cliff was known for his good nature and fun-loving sprit in addition to his creativity.