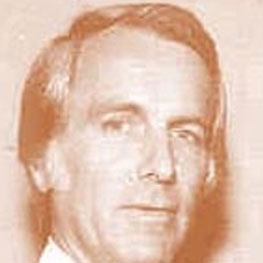 Don Eymann is known to be the creator of both the “Mini-Offer” and “Preliminary Exchange Proposal” forms that the S.E.C. still uses today. His innovative approach to methods to make offers and exchange transactions easier and more practical made a material difference in our Invitational Marketing Meetings. Variations of these same forms have been adopted by other marketing groups nationwide.

Don and the people around him influenced the development of marketing groups in and beyond the California marketplace. Don occupied offices in Newport Beach with early S.E.C. members Bob Steele, Madge Davis, Max Hollis and Bruce Howey. This group help establish marketing groups throughout California. He is past president of the Fresno Exchange Club, the San Joaquin valley Exchangors, the Orange County Exchangors and the Los Angeles International Exchangors. Don had an in-depth background in syndications of farm and land transactions.

Some of Don’s other achievements include:

Don Eymann spent many hours promoting the formation of exchange groups throughout California. His first love was moderating and teaching the art of moderating for marketing meetings.

In a 1989 Real Estate News Observer article, it begins with “You can rely on Don Eymann which is why he has such a fine record of service to the Exchange Profession.” That speaks volumes about Don Eymann and what he did for the development of the profession. He had an in depth background in syndications of farm and land transactions.

The article goes on to state, “Another evidence of Don’s active mind is his innovative approach to methods to make exchange transactions easier and more practical.” Don is the designer of the “Mini-Offer” and the “Preliminary Exchange Proposal Forms”, the same forms still in use today.