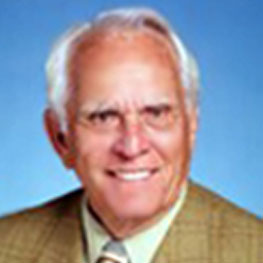 Jack Hunt was known as the “Godfather” of the SEC for many years. Usually when one needed counsel about the SEC, they went to Jack first.

Jack’s career in real estate development and investments included development of over 500 homes in South Wichita and Haysville, KS along with numerous retail centers, multi-family and mobile home developments and nursing homes. His portfolio also contained retail centers anchored by Wal-Mart all over the United States.

Jack was an avid hunter and outdoorsman and loved life in general. But he never quit working for long. At the age of 87, he was involved in significant negotiations to build a Bass Pro Shop, remodel a shopping center, buy an apartment complex and then vacation on the big island of Hawaii.

Some of Jack’s notable accomplishments include the following:

Jack was a key benefactor of the SEC. His hard work and philanthropy kept the SEC in business during some very lean years. Jack was also the major initial contributor and the person that caused the SEC Education Foundation to be formed.