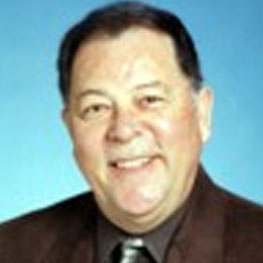 Jim Keller was born in Reno, Nevada in the depths of the Great Depression. His parents soon divorced and young Jim was moved from relative to relative, and boarding house to boarding house, as a youngster.  When he was five years old, Jim Keller was shining shoes. By age six, he was sharpening knives, shining shoes and painting fences by going door to door soliciting business, and selling and delivering newspapers in his spare time. At the age of eleven, Jim worked as a delivery boy for a Dairy from 2 a.m. until 8 a.m., for 50¢ an hour plus breakfast.  When the Korean War broke out, Jim joined the US Air Force, where he worked in the motor pool, but received a medical discharge. Upon hospitalization and being cured, Jim re-enlisted in the Army National Guard where he served as an Operations Intelligence Sergeant at Steadman Air Force Base. The health problem surfaced again, and Jim was discharged. “I’ve got two discharges but they don’t consider me a veteran.”

Working as a construction laborer, apprentice roofer, ditch digger, and a fire fighter, his career as a businessman was varied in experience. Jim obtained a chauffeur’s license and worked as an insulation and siding installation foreman in Ely, Nevada at age 16. Returning to Reno, he met Marion, his future wife, at the local drive-in.  In 1952 he began working as a ditch digger for Nevada Power and Light.  He also moonlighted at the dairy on weekends.  During this time, while working two jobs, Jim and Marion were married. He was 18 years old, weighed 145 lbs. and ran a 145 lb. jack hammer. “I could make that jack hammer sit up and sing.”  Moving through the ranks of the dairy to sales manager, he then became the sales manager for a bakery with 17 routes. Jim wanted to quit traveling so he got a real estate salesman’s license in 1962, with MAAG Real Estate Company in Reno. Within one year, while still running the bread route, he was the top producer of a twenty-five person brokerage company. He took his broker’s exam and opened Keller Realty in 1965. Keller Realty grew to three offices and twenty-five salespeople.

Jim’s marriage to Marion existed until she passed away in 2015, and their love produced four children, two girls and two boys, who produced eight grandchildren.  Jim lists several individuals as being influential in his life. Mel Quick, who was the dairy manager, taught him the work ethic that persists to this day. He was eleven years old when the Yerington rancher taught him what a “goldbrick” was and Jim determined that no one would ever call him a goldbrick. As a real estate broker, the greatest influences were Richard Reno, Chuck Chatham, Cliff Weaver, Bob Steele and Colby Sandlian.

Space and time considerations do not permit a complete listing of Jim Keller’s accomplishments, but the Boys and Girls clubs voted him the Man of the Year in 1993. He was a director of the Boys and Girls Clubs for fifteen years. As past president of the 550 member Men’s Clubs of Reno, he has been recognized by his friends and neighbors. As a member of the Society of Exchange Counselors, he was Counselor of the year in 1974, and President in 1978. Solicited and elected without opposition to the post of S.E.C. President in 1984, Jim has received honors from his peers that few can aspire to achieve.

When asked about his words to live by or advice to give, Jim responded in true Keller fashion “Luck is pluck. The harder I work, the luckier I get. Do what is right when no one is looking.”