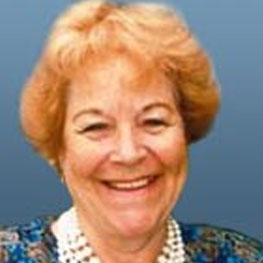 Over her 40 plus year real estate career, Madge Davis has been emphatically dedicated to the philosophy that counseling is the principal foundation of service to her clients and in cooperating with other real estate brokers. She has prominently promoted this concept in her actions as a broker, an educator and as a mentor both in the S.E.C. and among the commercial real estate community. Madge has been described as “the best listener of the listeners.”

Madge’s real estate career started in a residential office selling single family houses, which was not exciting or challenging enough for her. Soon, however, she met Bob Steele, took his class and then the Richard Reno class, and realized that assisting real estate clients by counseling them suited her disposition. Madge opened her own office in 1966, and by 1968 was involved with the Society of Exchange Counselors helping others to become more proficient and attuned to their clients’ needs.

Madge’s philosophy in real estate is that counseling is the backbone and heart of this business. Caring about others and trying to help them solve their situation leads to its own financial rewards. She says that you should never stop listening to your clients; when you do, you stop being a professional.

Some of Madge’s accomplishments include:

Don Eymann, S.E.C. described Madge as a person who “listens with her heart.”