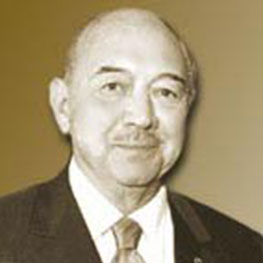 In the 1950’s, Richard Reno, founder of the Society of Exchange Counselors, observed that if people exchanged real estate it could solve many of the real estate circumstances existing in San Diego’s over built market. He saw exchanging as an alternative to the unavailable cash buyer. He believed that people who owned real estate did not necessarily want to totally divest themselves of real estate ownership, but were uncomfortable in the circumstances surrounding their current ownership. In effect, the problem was not with the property, but with the people who owned it. In his opinion, there was no bad real estate, only inappropriate or untimely ownership. This premise led Mr. Reno to an idea that resulted in the modern real estate exchange (equity marketing) business we enjoy today.

In the early 1960’s, there was a split between those who dealt only with property and numbers, and those who followed the Reno philosophy. Eventually Richard Reno bridged that gap, and the Industrial Commercial & Exchange division of the California Association of Realtors, presented annually the Richard R. Reno award for the most creative exchange. Several prominent members of the Society of Exchange Counselors have won the award.

Dick Reno was also known as an educator. The 5-day seminars he taught in the 1960’s-1970 educated thousands of brokers throughout the nation. The graduates of Mr. Reno’s seminars established a network of marketing groups throughout California and eventually across the nation.

In 1965, Mr. Reno authored a book published by Prentice-Hall entitled Profitable Real Estate Exchanging and Counseling that was known as the standard for the industry.

Reno’s efforts led to the publication of The Real Estate News Observer which was in hard copy and was the prototype for our online S.E.C. Observer today.

Other notable accomplishments of Richard Reno are:

In summary, Dick Reno had a great influence the “people-oriented” equity marketing we have today and the resulting equity courses that are the basis of what is now the S.E.C. Education Foundation program.