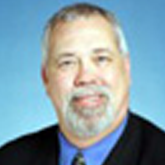 Ron specializes in single agency client representation to include small group ownership in income properties located in the South Central and Mid-West portions of the U.S. but also does work on a nationwide basis as well. Bowden is a past president of the Society of Exchange Counselors and is a past recipient of the “Counselor of the Year” award as well as a four (4)-time winner of the S.E.C. Yvonne Nasch award, and he twice won the S.E.C. Cliff Weaver award, as well as local exchange awards from Oregon, Indiana and the National Council of Exchangors. He also holds the CCIM designation, has been a speaker/educator to national and local real estate groups, and has been awarded numerous local and national awards for his activity and service to the real estate industry.

The mission of the Education Foundation is to establish a fund to encourage and financially support education programs related to real estate, particularly in the area of creative transactions and professionally structured equity marketing techniques.