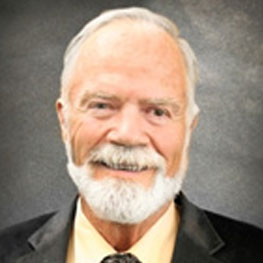 Roy gained life experience for the real estate arena by growing up and working on sheep and cattle ranches in Wyoming. Stepped into the real estate market in 1959 by purchasing a 10,000 acre ranch with $1,000 down and learned from my first real estate mistake when the ranch was sold the following fall.

Roy became an active participant in real estate in Phoenix in 1962, closing an average of two deals a month covering 35 states and Canada, covering an 18 year span. The family then moved to Idaho in 1979.

Roy became a member of the Society of Exchange Counselors in the late 1960’s. He participated in a successful life changing exchange in 1972 for an Oregon ranch that led to an innovative purchase of a 38,000 acre ranch in Idaho where Bobbi and Roy raised their family for 20 years.

Maverick Ranch, one of Roy’s companies, was the first official US Olympic team supplier in history.  Roy donated all the beef and buffalo and some of the pork and chicken to the three US Olympic Training Centers, feeding 1,200 athletes every day for 23 years.  Roy considered that his main lifetime achievement.

In 1968 Roy designed curriculum for senior real estate majors at ASU; and he has received many awards throughout his career.  In 1967 he was the recipient of the NAR Snyder Award for Exchange of the Year; and he was a three time recipient of the S.E.C. Clifford Weaver Award for the most creative exchange of the year.  In 1987 he was named Livestock Man of the Year for the nation; and in 2008 Roy was named an Ernst and Young Entrepreneur of the Year from the Rocky Mountain region.  Roy was also a two time regional winner of the National Cattleman’s Association Vision Award, among others.

While attending an S.E.C. meeting in Chicago in 1992, he learned of a 20,000 acre ranch for sale in central Oregon with marketable timber. He structured the presale of the timber to go to Japan to pay for the ranch, and closed the deal using 3 currency lots as earnest money. Seven years later, the Oregon ranch became the lead property in a transaction engineered by a former S.E.C. into a government land exchange involving 96 properties, requiring the approval of the US congress.

In the early 90’s, Roy brought his son, Lance, to an S.E.C. meeting which was the seed for Lance’s successful career syndicating income properties. Roy and Lance became the first father-son team in the Society.