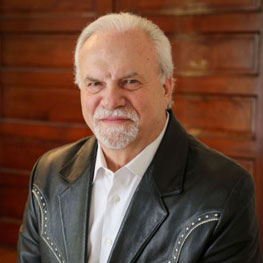 Stephen D. Barker, S.E.C., is Chairman of the Board and Chief Executive Officer of Catellus Group, LLC, a North Carolina based company, he has specialized in all facets of commercial investment real estate including development, rehabilitation, management and finance. Mr. Barker currently holds the professional designations of Certified Commercial Investment Member (CCIM) and Society of Exchange Counselor Member (S.E.C.). Mr. Barker is an often sought-after lecturer at local, regional and university venues and been a moderator at national marketing sessions and National Association of Realtors (CCIM) sponsored meetings.

Steve attended Central Michigan University and graduated in 1970 with a Bachelor of Arts Degree in Business Administration and a Minor in Economics. Thereafter, he went to work for the Community National Bank where he started as a teller, got promoted to assistant manager, then branch manager, and finally moved into commercial loans where honed his skills in mortgage lending and business finance. After eight (8) years in banking, he obtained his real estate broker’s license and practiced real estate brokerage and development in the Flint, Michigan area for 10 years.

In 1980, Steve obtained his CCIM Designation and became active as President of the Grand Blanc Business Association, Grand Blanc, Michigan. In 1982, he became President of the Michigan Association of Real Estate Exchangors and received the “Exchangor of the Year Award.” In 1983, he received the “Creative Transaction of the Year Award” from the Michigan Association of Real Estate Exchangors. Later he moved to Charlotte, North Carolina and founded Catellus Group, LLC a Commercial Real Estate Investment and Management Company. He received a number of awards and honors. In 1992 he received the “Counselor of the Year” Award from the national Society of Exchange Counselors. He also served as President of the Society of Exchange Counselors in 1992.

Mr. Barker is legendary not only for his business achievements, but also for his commitment to the Society of Exchange Counselors. In 2001 he completed a nine-day solo motorcycle ride from North Carolina to Portland, Oregon to raise funds for the S.E.C. Education Foundation Charitable Fund. And as if that wasn’t enough, in 2011 he rode from North Carolina, and met up with fellow SEC’s Ron Bowden and Lance Warner, who all arrived in Springfield, Massachusetts – once again to raise money for the Charitable Fund. Steve believes in giving back in multiple ways – teaching, interviewing our members, sharing his life experiences, and running marketing sessions. Steve’s brainstorming skills are legendary, and he has helped many people solve problems they thought were impossible to solve using his creativity and knowledge.

In short, Steve’s life and real estate career, like the ride across the United States on a motorcycle, symbolizes his creativity, high energy, talents, and resourcefulness. He has achieved great professional and personal success and rewards in dealing with all types of people with challenging real estate problems and investment opportunities. This is the story of Steve Barker, a consummate real estate professional with a remarkable track record.