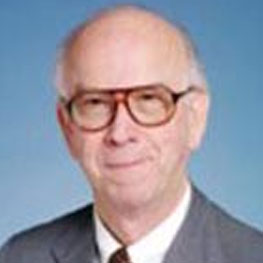 William R. (Bill) Broadbent, S.E.C., CCIM has been an innovator, educator and writer throughout his real estate career. Broadbent pioneered the concept of “Single Agency,” which is now accepted nationwide. He was Co-Founder of the national professional directory, “Who’s Who in Creative Real Estate,” and Charter Inductee into the “Exchangors Hall of Fame.” Broadbent was the first broker to hold both the S.E.C. (1962) and CCIM (charter member 1963) professional designations.

Bill Broadbent is known to be one of the most creative S.E.C.s in our membership. He has written extensively and was instrumental in the formation of two national exchange groups, Central Coast Exchangors which Bill co-founded in 1963, and Orange Coast Exchangors, which was founded by Madge Davis, S.E.C., and Bob Steele, S.E.C., after they attended one of Bill’s Central Coast meetings and he counseled them on what it took to create a viable exchange group.

Since Bill’s first day in commercial real estate, he has had a passion for professionalism. Broadbent pioneered new concepts like Buyer Representation and Single Agency, a term he coined and defined as, “We represent only one party in a real estate transaction and are employed, and paid, by the party we represent.” This concept was carried on by The Swearingen Company and The Staubach Company in the 1980s and has made a profound difference in raising the bar for professional real estate representation.

Some of Bill Broadbent’s other achievements include:

To quote the editor of The Paper Source Newsletter, “For those of you new to paper and real estate, the name Bill Broadbent is legendary. He was teaching paper when most of the “gurus” around today thought the term meant Charmin or White Cloud.”